The Favorability feature for President Infinity is coming along. Here you can see how Romney’s Favorability scores in 2012 for Utah vs. Washington, D.C. are distributed vs. % of eligible voter. 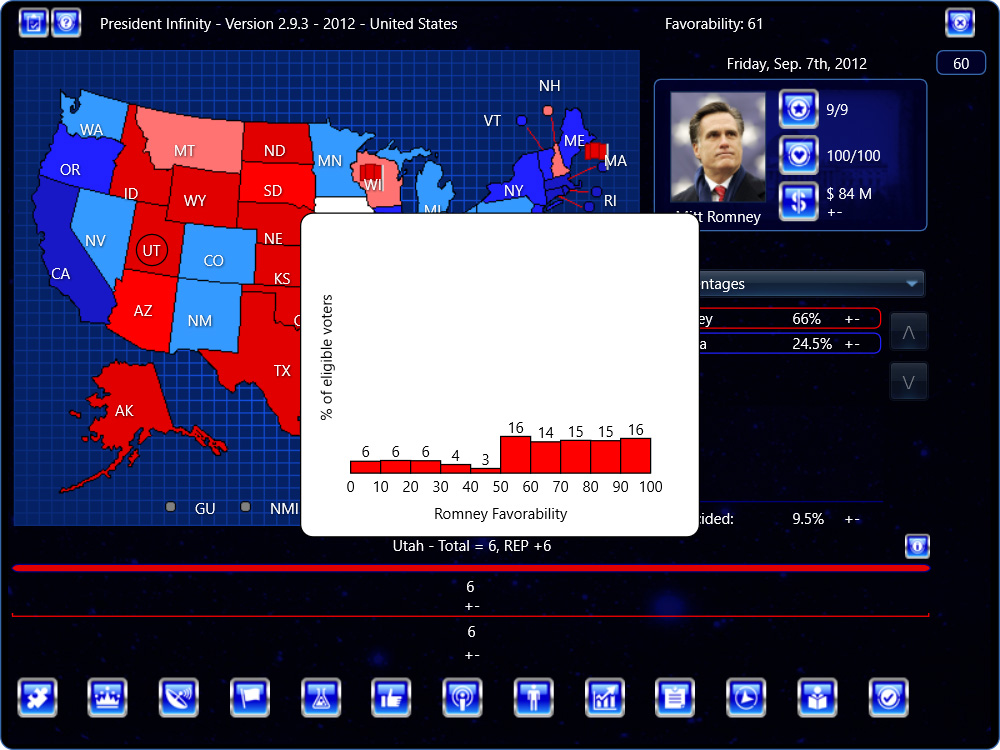 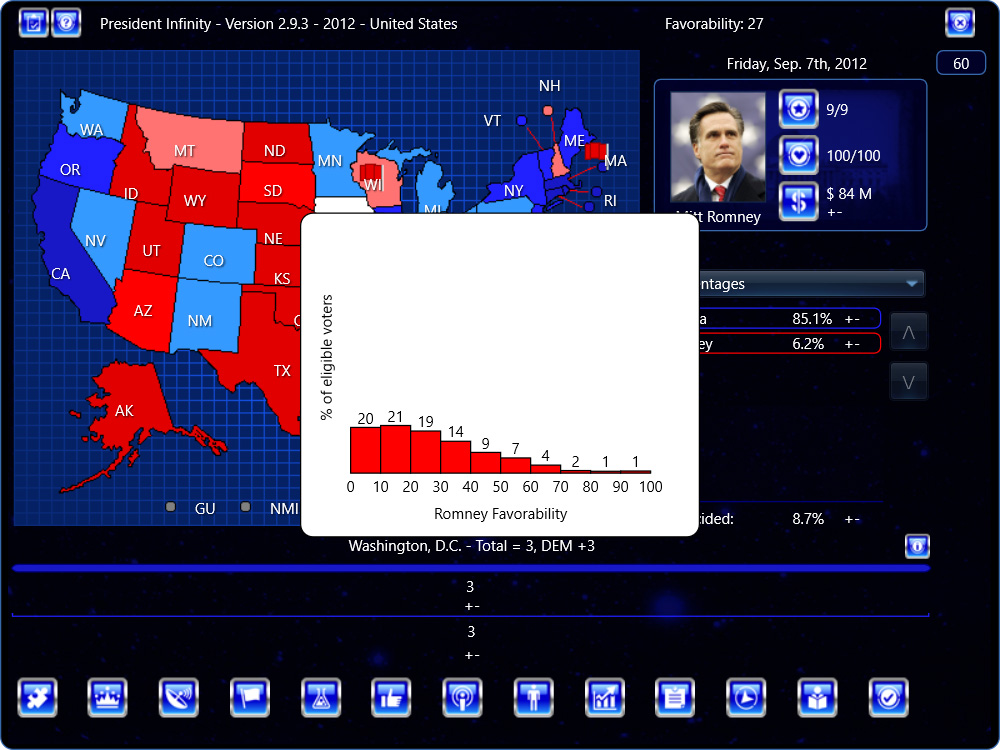 These numbers were generated from the existing 2012 campaign, using only the percentages data available. Although the algorithm for doing this is still in early stages, they still look generally reasonable at this point. You can also see the overall Favorability rating in the top right.

The electorate is now modeled with ‘persons’ who in turn represent 1/10,000th of the eligible voters. This means the electorate is modeled to 0.01 of a % (1/100th of 1%). This is a huge change from the previous game engine, which only had basically 4 numbers for each candidate (% committed, % leaning, % undecided, and % alienated), and involved simply adding or subtracting numbers from those categories based on momentum.

Each of these ‘persons’ in the new game engine has Favorability ratings for each candidate, and the %s are then generated by adding up each ‘person’s’ first place candidate. Favorability in the game is a bit different from how the word is usually defined in real life. In the game, it means just how much a person prefers a given candidate. So, whichever candidate has a higher Favorability score gets that person’s vote, unless it falls below a certain threshold, in which case they become alienated.

The strength of this approach is in more realistically modeling electoral dynamics, such as sudden collapses or meteoric rises, independents choosing between parties based on the eventual nominees, and so on. It also brings the game engine a big step closer to allowing electoral blocs.