And … we’re off and running! The first published screenshot of P4E16 for Mac: 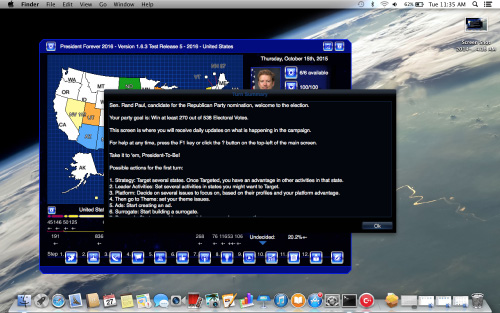 We’re almost there. It’s a matter of fine-tuning the look of the game at this point – going through each screen and making sure the text looks right, the buttons look right, and so on.

The game is completely playable now on Mac, despite minor visual glitches.

No estimates on how long it will take for the game to be released as a first Beta, but it should be fairly soon.