The polling feature now works in conjunction with the Select Campaign Screen. Here is the July 1st, 2015 start for Republicans. 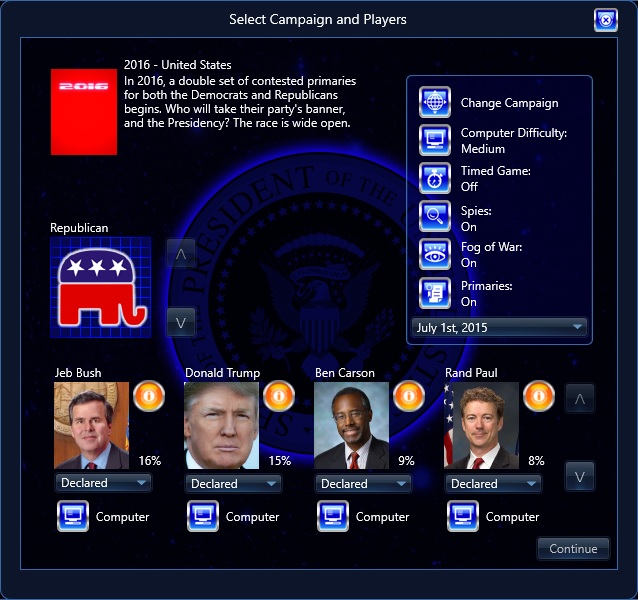 The starting %s were automatically calculated based on national poll data for the campaign, and the candidates were then sorted based on the %s. You can see that Bush is clinging to a one-point lead at this point. 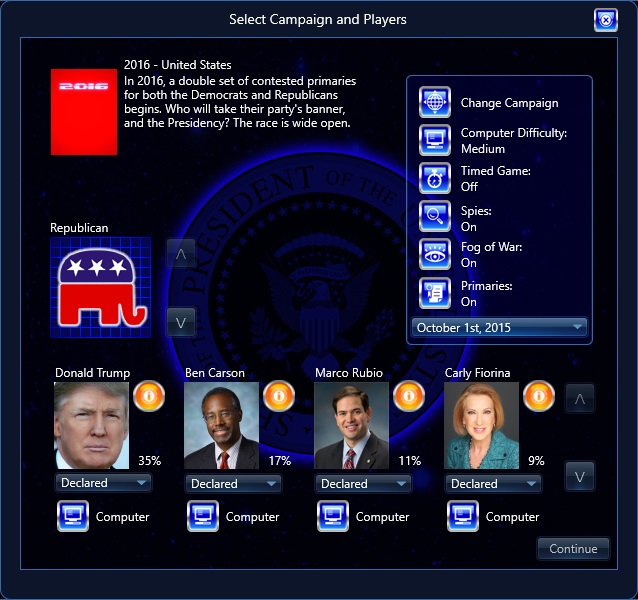 This was near the top of Fiorina’s ascent. You can see Bush is no longer in the top 4, and Carson is in second place. 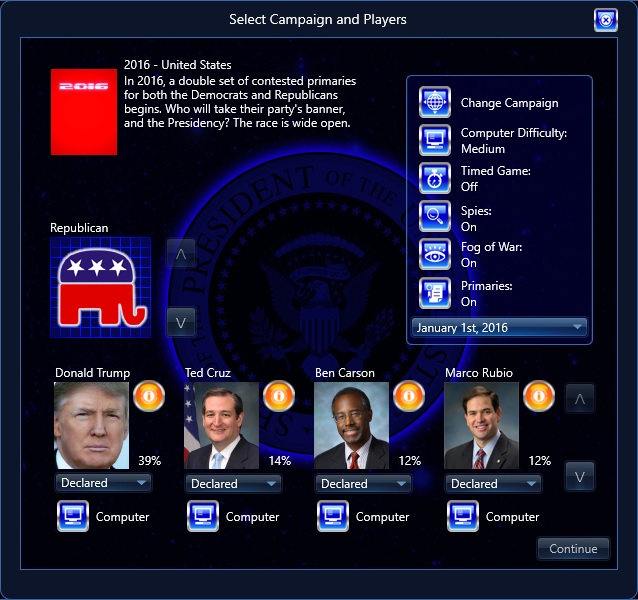 Again, the %s and ranking of the candidates were all done automatically. The manual ordering of candidates now only matters for the general election, or where there’s no polling data that has been inputted.

7 thoughts on “Update on the polling feature”