Here is what a game looks like starting on Jan. 1st for the Republican primaries right now, using the new polling feature. (Note: this is the latest internal version, it has not been released yet.) 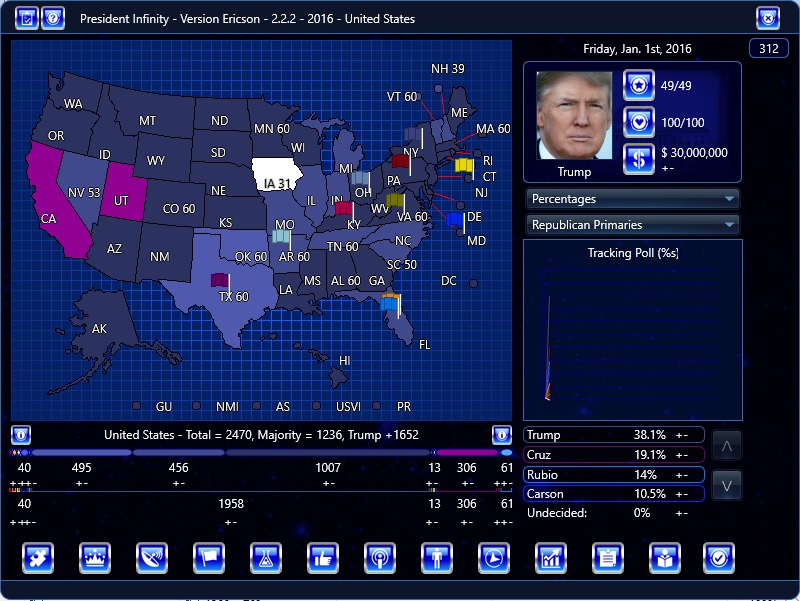 You can ignore the Undecided %s, they aren’t set.

In cases where there is relatively recent (< 1 month old) state polling data, that is used. In other cases, the program uses the candidates’ national %s.

There are a lot of states without any recent public polling data. For example, what looks like a strong band of support for Trump in the deep south is actually an artifact of no polls except for Georgia, so the non-Georgia states are using the national %s.

Campaign designers can input real-world poll data, use aggregates as poll data if they so choose (such as Pollster or RCP) by treating them as a kind of poll, or simply make up their own poll numbers based on a best guess. The above map contains only actual polling data, again with national numbers used where no state numbers are available within 1 month of Jan. 1st. The national numbers are Reuters’, the only one with numbers for the week before Jan. 1st (and not also after that date).