Spinning news stories in the game has been significantly modified. 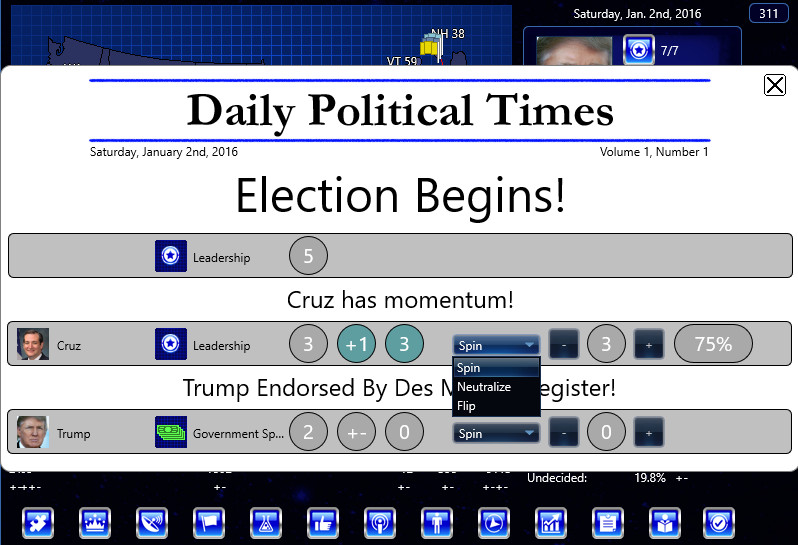 Spin has the greatest chance of succeeding, and changes extent and slant by 1 (up or down depending on whether the story is about you or another player).

Flip has the least chance of succeeding, and send the story to +1 slant.

Players now allocate Spin Points (SPs) to increase the chance of their action succeeding. The number of SPs a player has per day are based on their Spin Strength.