In the latest internal version (not released yet), President Infinity can now use polling data for a general election start.

Here is what it looks like for a Sep. 1st start, using the latest state-by-state data from 538. 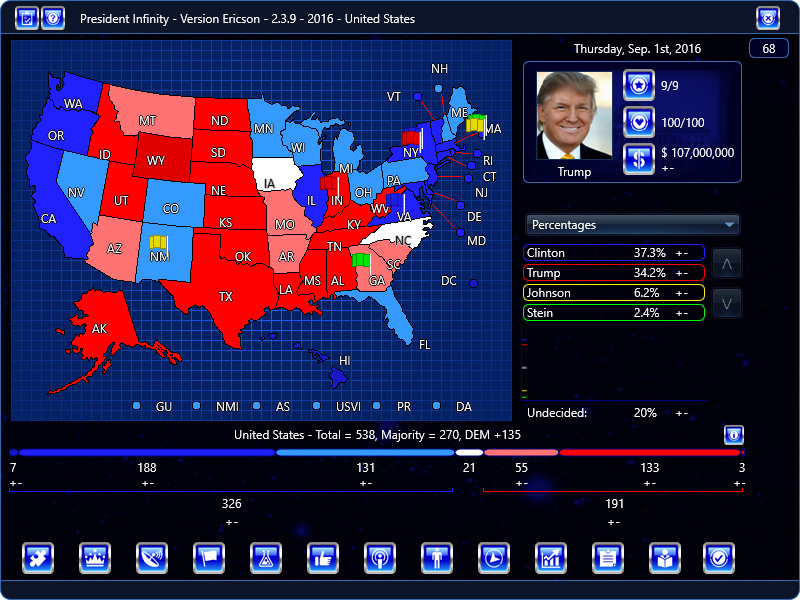