The day of the first Presidential debate, and 538 is scoring the election race almost a tie. 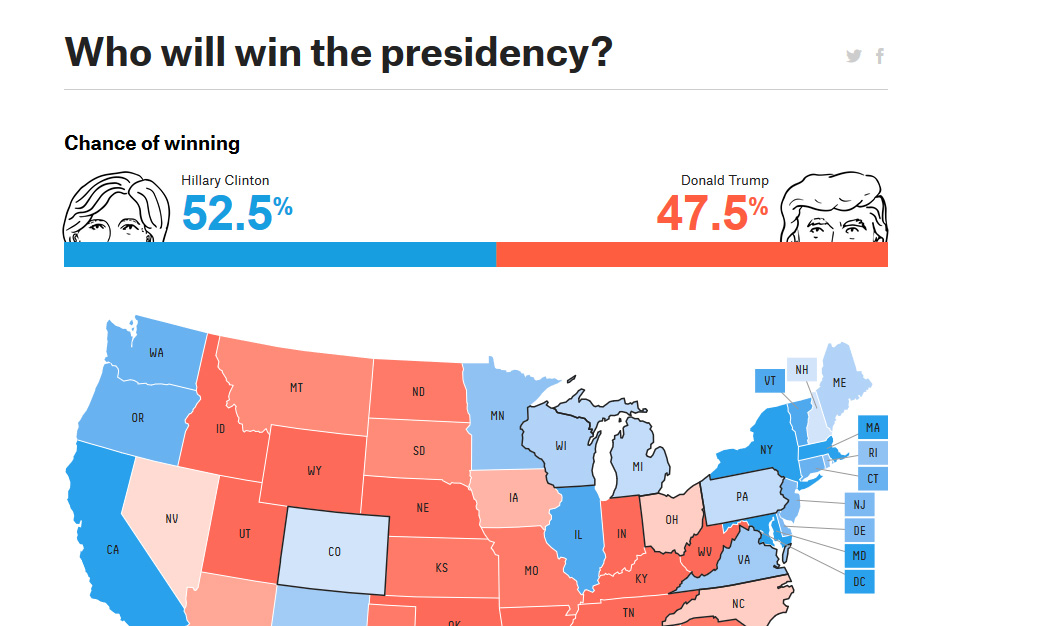 Commentary welcome in this thread on the debate, before, during, and after it happens!