Here’s how the Senate 2018 campaign looks in the game currently. 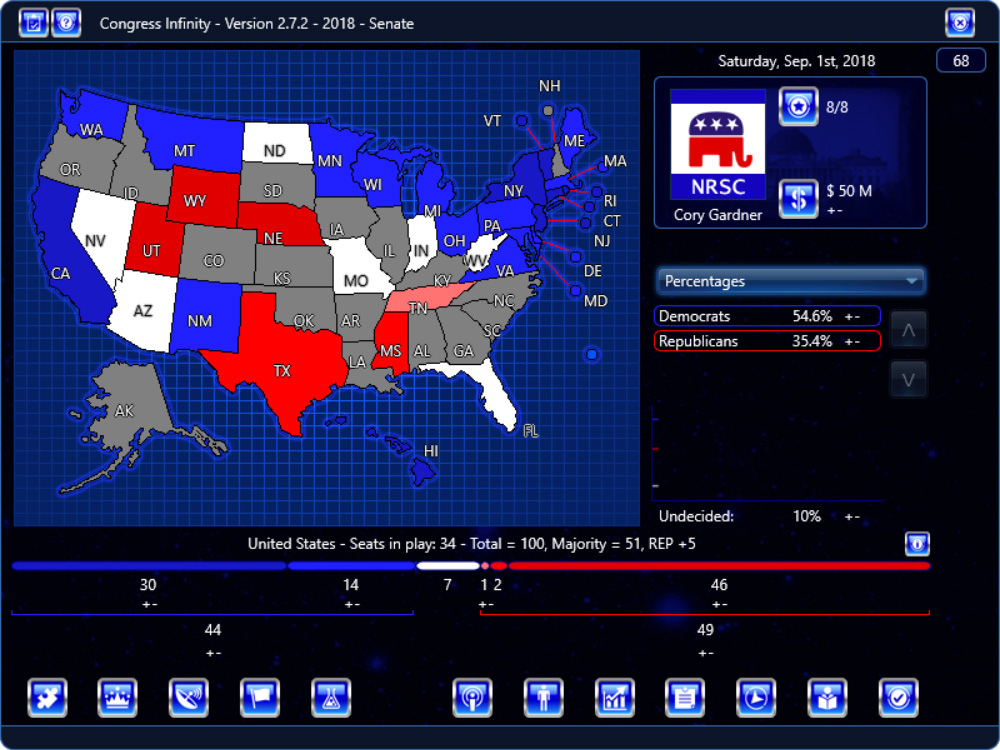 (Note that the national %s are lop-sided because of California, where it’s 100% Democrats, and New York which is heavily Dem.)

You can see 7 races that are toss-ups. Those are (note nominees have not been selected yet, these are my best guesses at this point)

Add to this the light-red

At this point I’m putting Gov. Rick Scott in Florida, and so making that race 50-50. If he doesn’t run, it will probably be shifted to 55-45 for Nelson.

Note that in North Dakota, although Cramer is a Representative, his district covers the entire state (‘at-large’), so the dynamics of the race are a bit different from a typical Representative.

Maine and Vermont are currently blue because Sanders and King are effectively Dems, but for game play purposes they might be made into Independents.