If it’s by a small margin, almost certainly not. 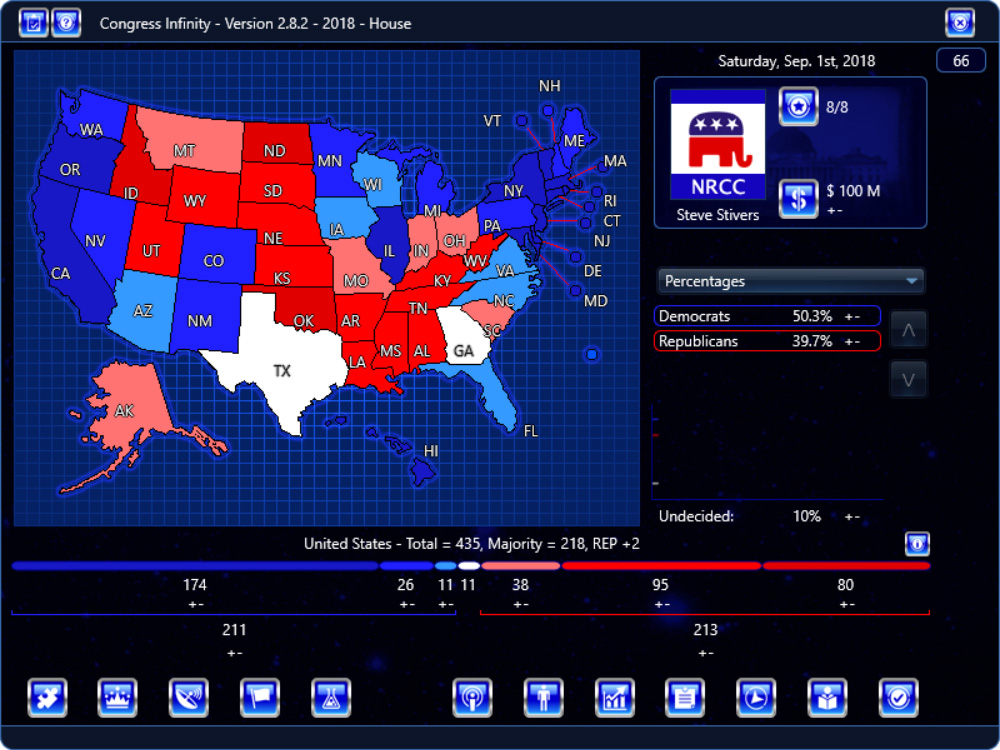 It is only at this point that the seats are almost even. Even here, though, Republicans hold a slight advantage in seats. So, applying a straightforward, universal shift in percentages, the Democrats need to do even better than this to win the House.

So, although polling gives a strong advantage to Democrats right now on the national level for the House, if that holds, it still might not mean a majority of seats for Democrats.

(I should note The Economist has a similar conclusion, although they give a more modest 53.5% of the two party vote the Democrats have to win before they are likely to win the majority of seats, and with recent polling, giving the Republicans a 30% chance of holding the House.)

I have noted how difficult the terrain is for Democrats in the Senate here. For the Senate, Democrats have to win approximately 100% of competitive seats with Republican incumbents, and lose 0% of their own, to take a working majority in the Senate.

So, although the best way to put a brake on Trump’s executive agenda for the Democrats would be to win either the Senate or House, the Democrats have structural challenges inherent in both of those this cycle.

My guess is that winning the House is more plausible, and Democrats should focus more of their efforts there. The problem, of course, is that means focusing on a lot more of individual elections.