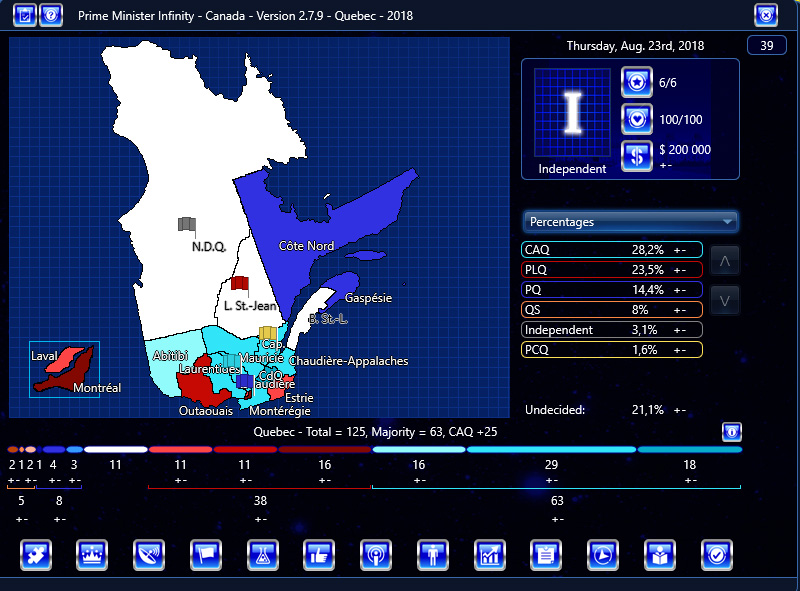 There’s still some work to be done on the campaign before initial release, but release will probably happen within the week. As you can see, the Coalition Avenir Quebec, which currently holds only 21 of the 125 seats in the National Assembly, is leading in the polls at the start of the campaign.