I’ve just added a feature in the latest internal to the Campaign Editor that allows campaign designers to specify if an endorser will only endorse a candidate who has a certain issue position(s). Here’s a screenshot from the Editor’s Endorsers Screen. 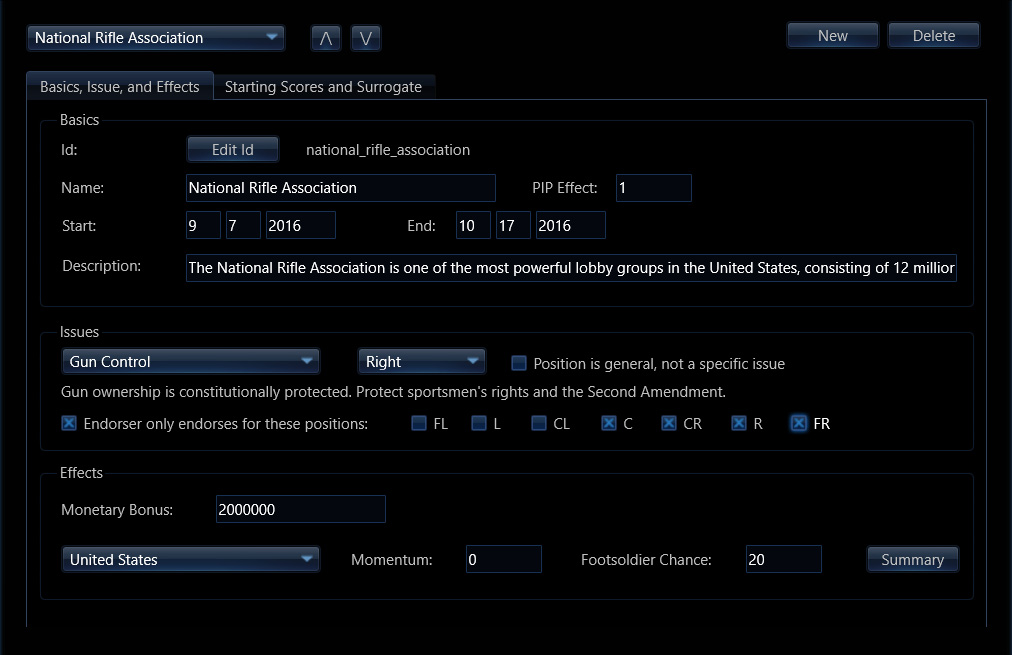 Here you can see the NRA is set to ‘Endorser only endorses for these positions’ and the positions are specified as Centre, Centre-Right, Right, and Far-Right.

This will help campaign designers control which candidates an endorser will endorse.