In the latest internal, primaries victory news articles are now +2 spin instead of +1. This ensures a larger initial momentum boost for the winner of the primary, and if the story is spun negatively by the winner’s opponents, it will still remain a +1 for the duration of the story.

This makes winning primaries much more important. Here are the results from the first play through. 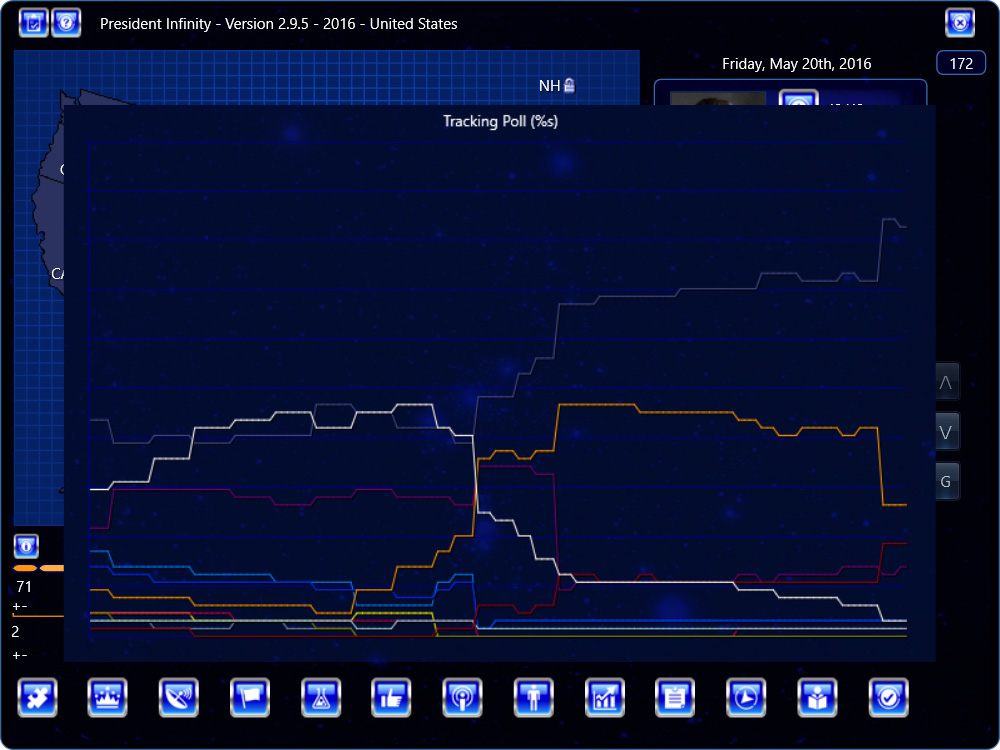 You can see Trump in the purple-blue colour, Jeb Bush in the orange, Ted Cruz in the purple. Trump won Iowa over Cruz (22.4% to 17.3%), giving him a large enough boost to maintain his numbers. Jeb Bush then won New Hampshire over Rubio, with Trump in 3rd (25.3% to 14.6% to 10.6%), and then Rubio won South Carolina over Trump (22.2% to 19.2%). You can see Bush’s numbers taking off after his NH victory, and Rubio’s after SC to a lesser degree. However, Trump took the momentum back with a Nevada victory over Cruz (32.7% to 25.6%), which was enough to propel him to victories on Super Tuesday. The undecideds % looks about right, with relatively high numbers until after Super Tuesday.

1 thought on “Primaries dynamics with +2 spin”