The definitive Senate and House election game for 2018 and beyond! 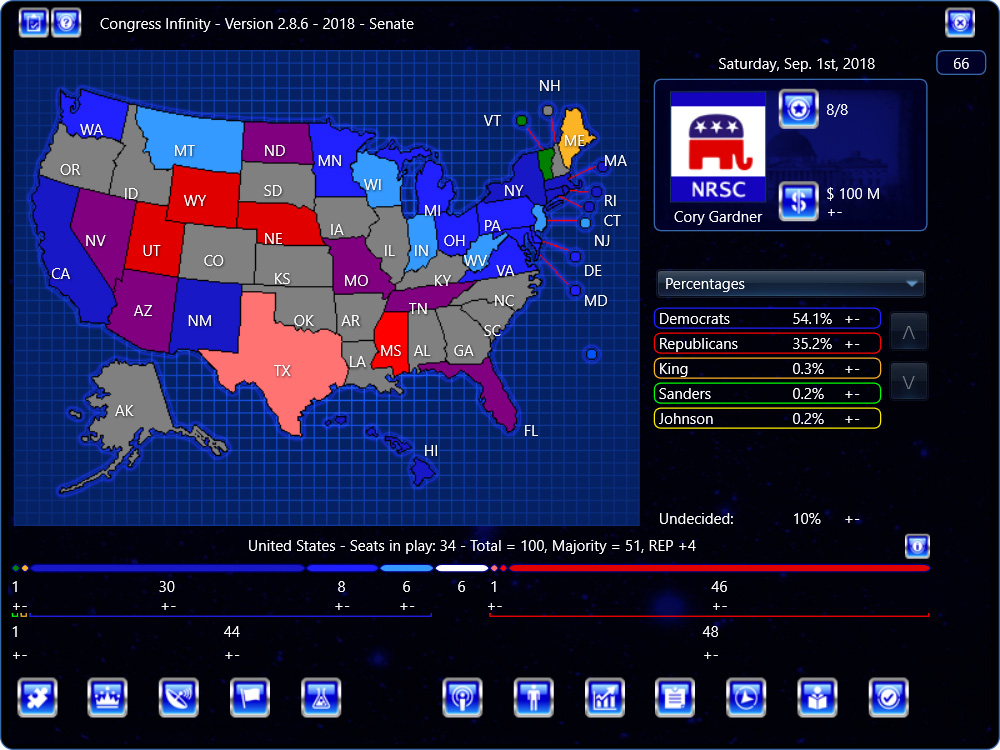 If you’re also interested in other Infinity games, you can see current special offers here.

If you have any questions or feedback, please don’t hesitate to contact us. Thank you for supporting these sorts of games!

Battle for control of the Senate or the House. Can the Republicans increase their majority in the Senate seats, taking key battleground states, and perhaps even get 60 seats for a filibuster-proof super-majority? Or can the Democrats push the Senate into blue territory, creating a large block on President Trump?

In the House, can Republicans expand their majority, or will the Democrats be able to take a majority? 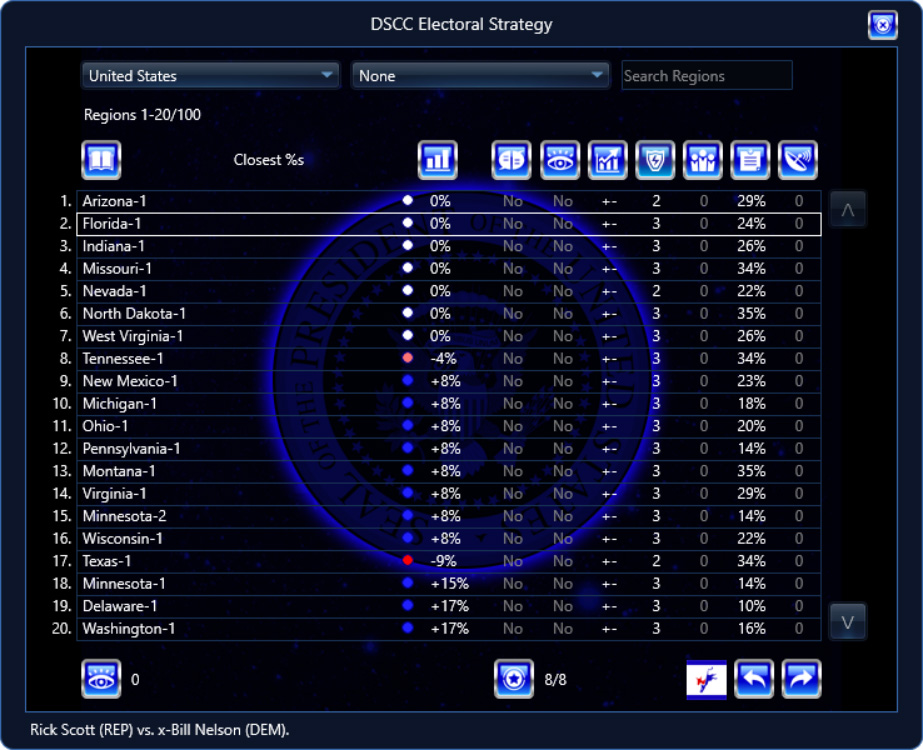 Craft ads nationally or down to the specific seat, gaining regionalized bonuses and lifting up your candidate or dragging down your opponent. 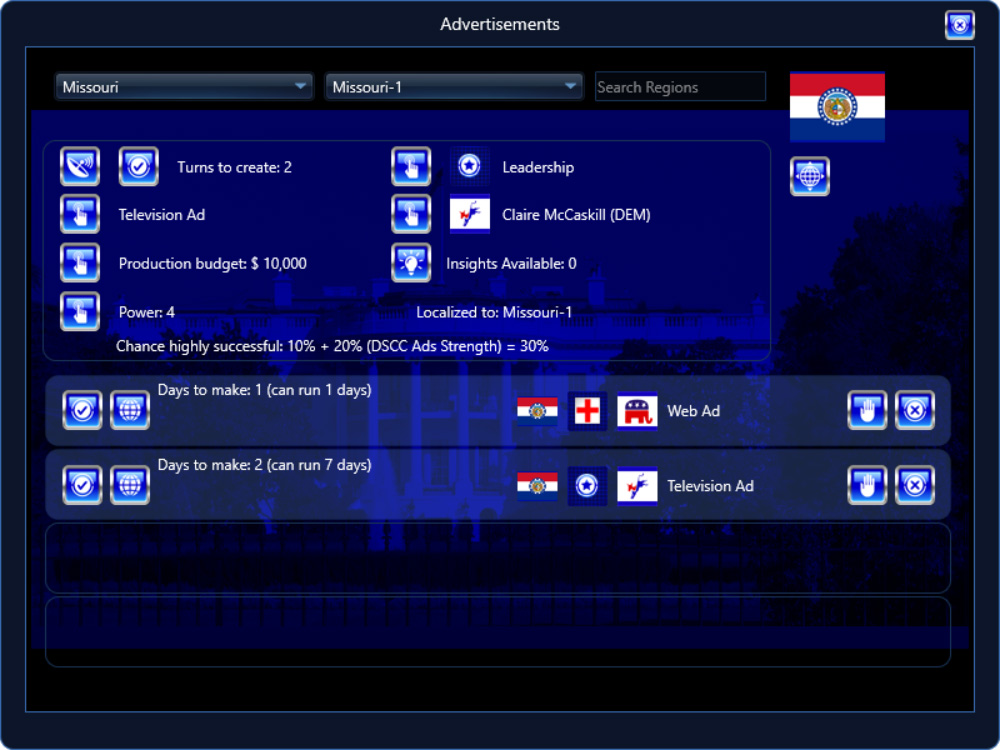 Send national resources to buttress campaigns at the seat level, or decide when it’s time to pull the plug and focus somewhere else. 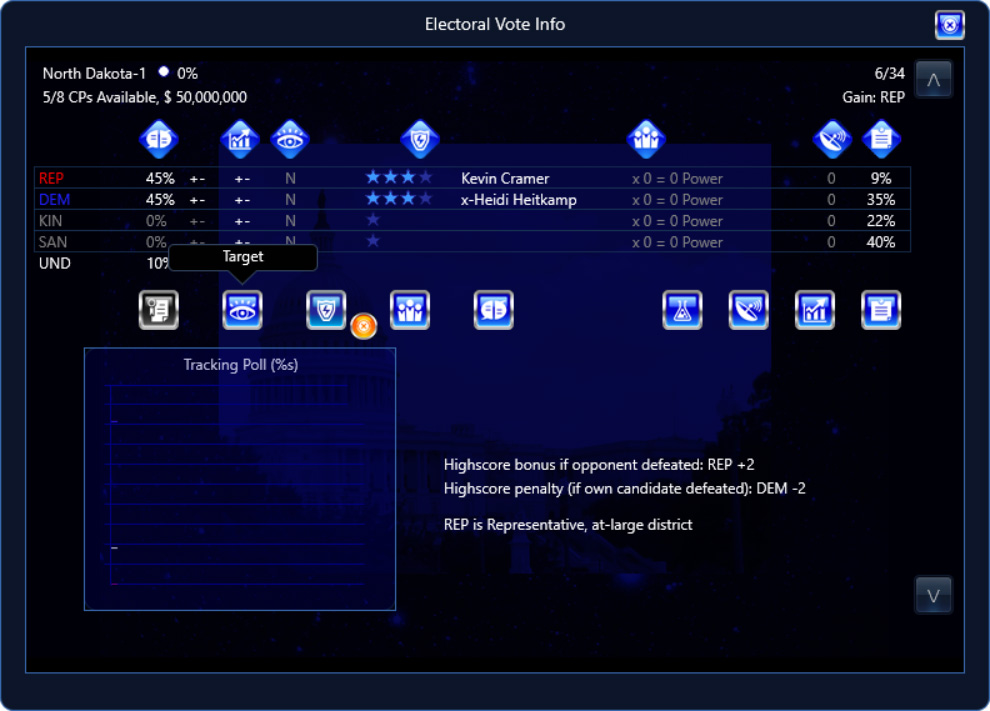 Direct your national-level surrogates, telling them where to go and what to do. Should Gov. Mike Pence help Rep. Blackburn in Tennessee, help take West Virginia from Sen. Manchin, or head to one of the national cable networks and spin? Surrogates have regional and personal strengths. 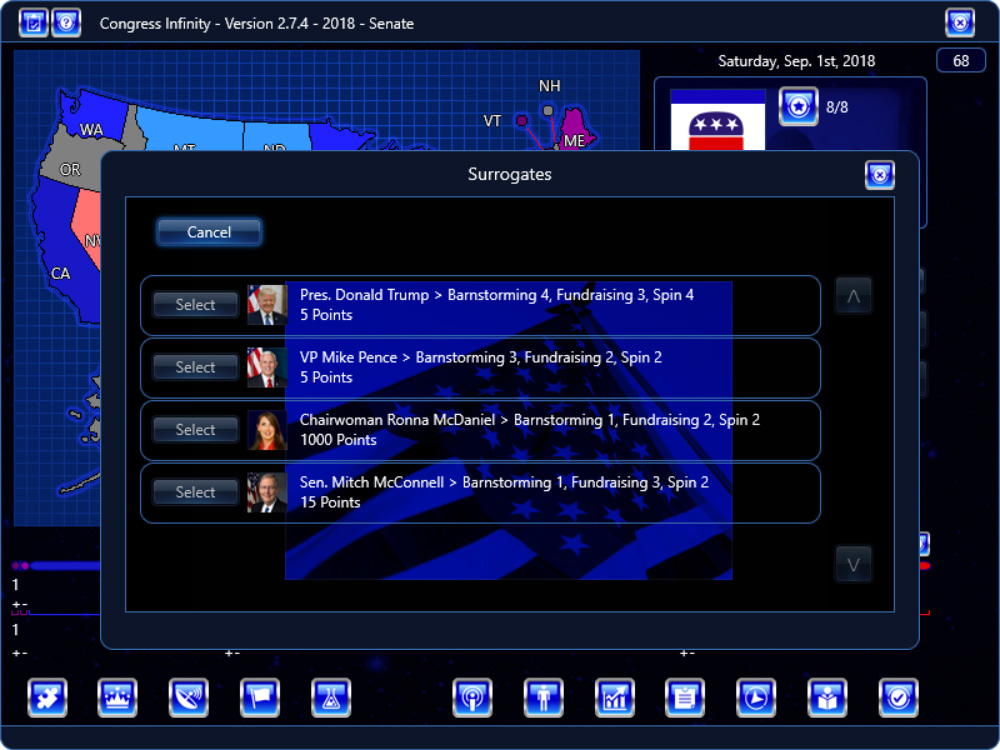 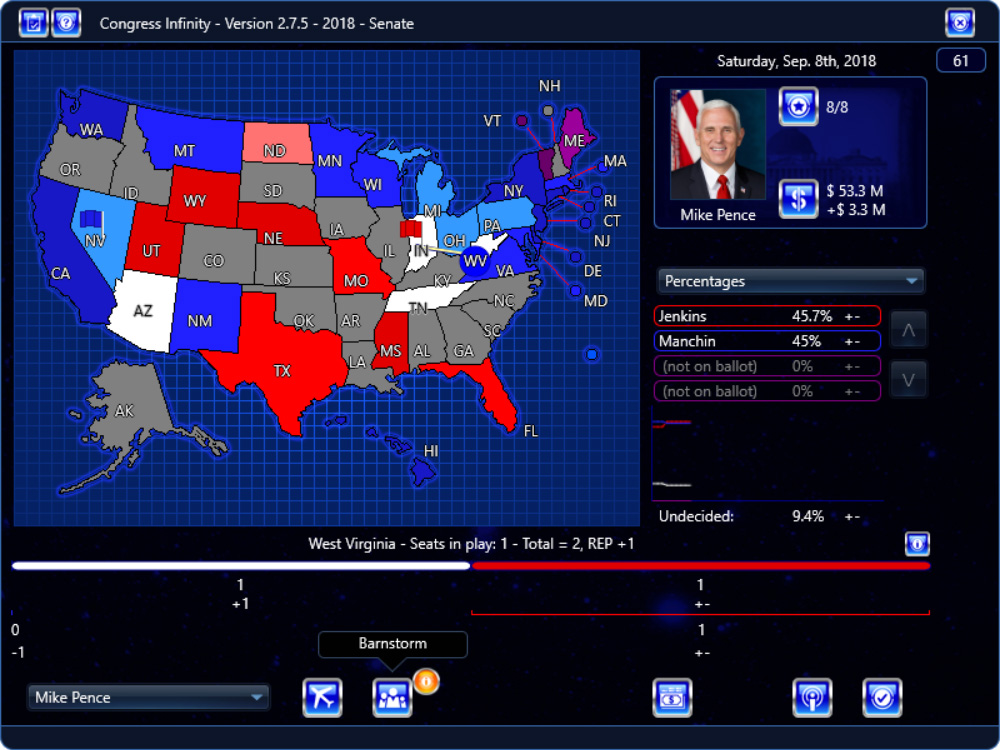 Hone your national strategy, targeting states to increase your effectiveness and wisely allocating limited resources in money, command-and-control, and political influence on a race-by-race basis.

Expose corruption on the national Republican or Democratic operations, or dig up scandals on specific candidates and then fan the flames until the story bursts forth on the national scene.

Congress Infinity contains a full Campaign Editor, giving you the ability to modify Senate or House campaigns, or create your own. 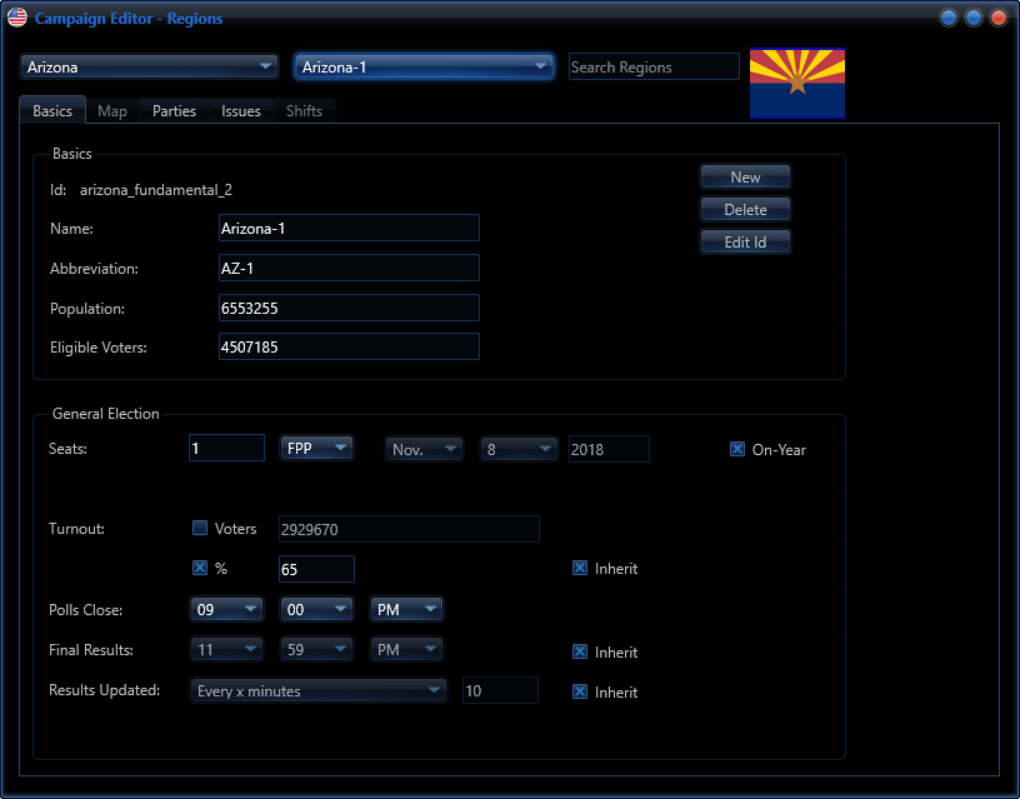 Once purchased, you can download the latest release immediately.

If you’re also interested in other Infinity games, you can see current special offers here.

About the Purchase Process:

Security: Your purchase will be conducted on a secure server (https://) by PayPal.com, a leader in on-line software purchases.

Guarantee: We offer a full refund guarantee if you aren’t happy with the game.

Upgrades: All upgrades for 1 year are included.

Methods of payment: You can pay by credit card or by PayPal.