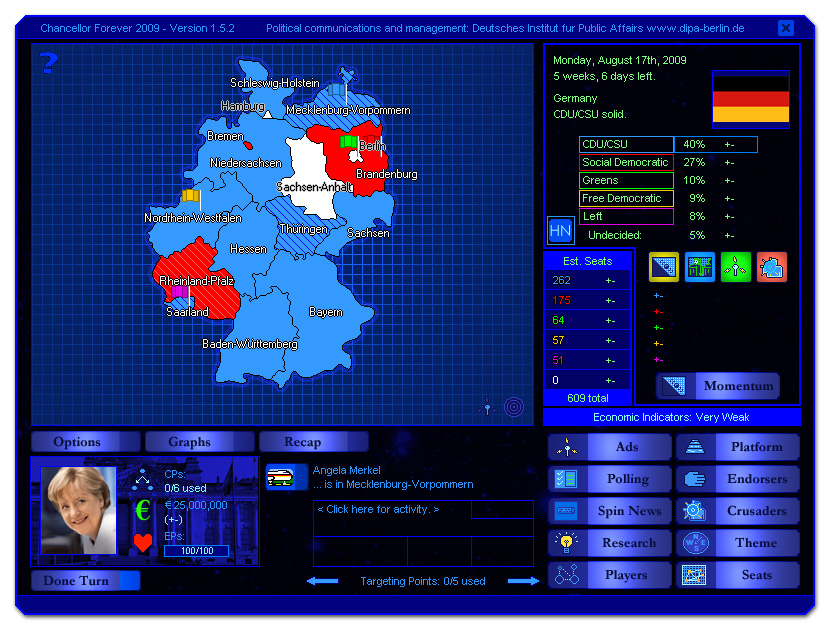 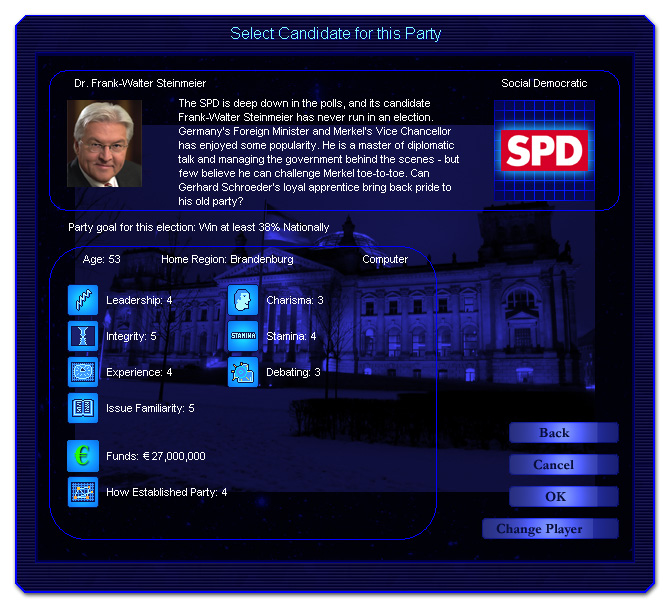 The Grand Coalition between the CDU and the SPD has ended. Polls show no party having a majority. Who will emerge to lead Germany into 2010 and beyond?

Note: Full game is in Deutsch, demo is in English.

Kanzler Forever 2009 is the most in-depth, intense German election game ever made. Using realistic electorate modeling techniques, an unprecedented number of options, the ability to plan complex strategies, detailed candidates, and sporting a futuristic interface, this is Germany 2009 big time!

Strategy is done not only by state but down to the individual constituencies (299 of ’em), each with the relevant candidates, ratings, and percentages. 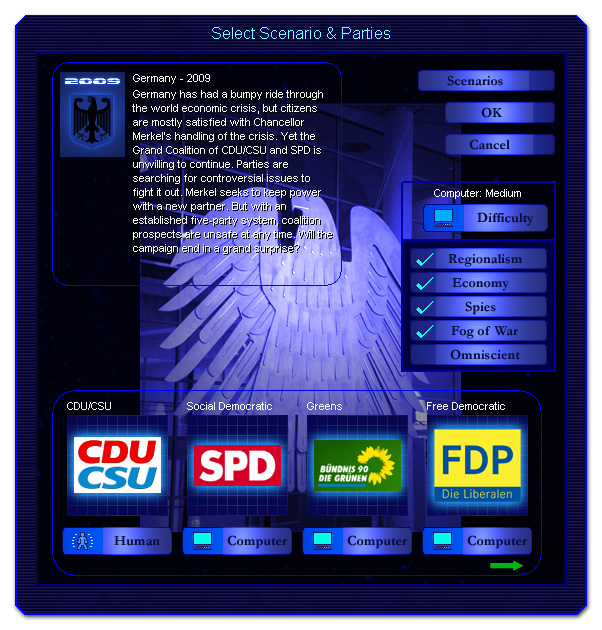 Note: Full game is in Deutsch, demo is in English.

Kanzler Forever was created in coordination with the Deutsches Institut für Public Affairs.